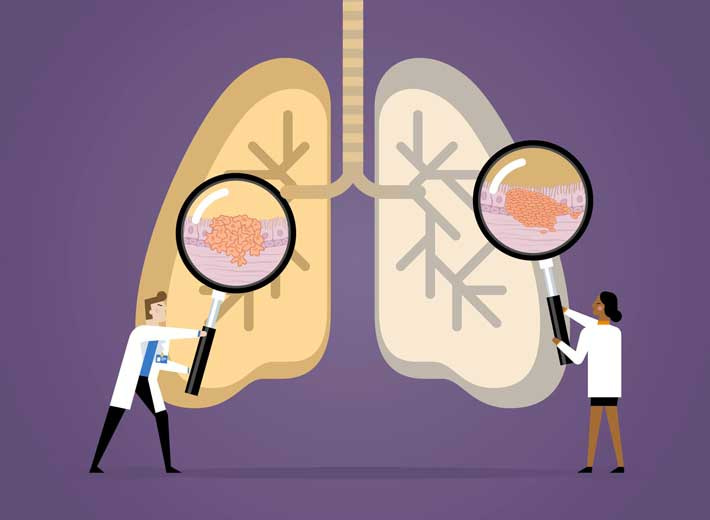 Epidemiologic studies have steered that metformin is related to a reduced incidence of cancer, whereas retrospective case studies have indicated that patients taking the drug have improved outcomes.

Furthermore, preclinical data indicated that metformin has antineoplastic effects, with the drug showing each cytostatic and cytotoxic effect.

The present results forged doubt, nevertheless, over whether or not these advantages will be replicated in randomized managed trials and thence dropped at the clinic.

Regardless of this, “I do not think metformin is dead,” commented Heath D. Skinner, MD, Ph.D., first author on one of many trials, published in JAMA Oncology.

He said in an interview that there are “a few key areas where I think metformin might be of benefit” in lung cancer, such as in combination with tyrosine kinase inhibitors, or with immunotherapy.

Skinner additionally highlighted the unexpectedly good efficiency of standard chemoradiation, showing the “progress” that has been made in recent years in therapy delivery and quality.

In the first trial, which was an open-label phase 2 study, NRG-LU001, patients with unresectable stage 3 NSCLC who didn’t have diabetes were randomized to carboplatin and paclitaxel-based chemoradiation both alone or with metformin.

The only clinical issue related to progression-free survival on multivariate analysis was clinical-stage, at a hazard ratio of 1.79 (P = .05), reports Skinner, from the University of Pittsburgh Hillman Cancer Center, and colleagues.

With 1-year overall survival at 80.2% in the control group and 80.8% in the metformin arm and no important variations in charges of locoregional recurrence or distant metastasis, the team concluded that including metformin to chemoradiation might have been “effectively tolerated, however, didn’t enhance survival.”

The second randomized managed trial, OCOG-ALMERA, concerned patients with domestically superior NSCLC stratified into levels 3A and 3B, again without diabetes.

They were handled with platinum-based chemoradiotherapy, with chest radiotherapy with or without consolidation chemotherapy. They were randomized to metformin or no further treatment for as much as 12 months.

The trial had to be stopped early due to gradual accrual, with solely 54 patients randomized between 2014 and 2019, wrote the authors who were led by Theodoros Tsakiridis, MD, Ph.D., Juravinski Cancer Center, McMaster University, Hamilton, Ont.

The outcomes revealed that treatment failure at 1 year was seen in 69.2% of metformin patients and 42.9% of those within the management arm.

With more than twice as much metformin than control patients reporting not less than one grade 3 or higher adverse occasion, the researchers conclude that the drug is “not really useful in patients with domestically superior non–small cell lung cancer who’re candidates for chemoradiotherapy.”

Do these outcomes sound the death knell for metformin in the treatment of lung cancer, or might lessons be learned from each study that leaves the door open for future research?

Chukwuka Eze, MD, of the University Hospital LMU Munich (Germany), thinks there could be.

In an editorial accompanying the 2 studies, he and colleagues wrote: “Regardless of the unfavorable outcomes of each study, invaluable info for the next design of future trials might be extracted.”

For instance, “there may but be a task for metformin in chosen patients with non–small cell lung cancer patients,” they continued, such as those with KRAS/LKB1-mutated tumors, or with tumors that have elevated fluorodeoxyglucose metabolism.

In addition, they steered that future studies ought to embody continuous evaluation of metabolic parameters and “complete” evaluation of responses on imaging, as well as biomarker analysis.

Furthermore, within the era of immuno-oncology, “particular consideration to the immunomodulatory results of metformin in the host and tumor are pertinent.”

Beyond that, each study was hampered by limitations that make drawing conclusions tough.

Within the OCOG-ALMERA trial, the dearth of double-blinding or placebo control, and restricted accrual are identified by the authors as “weaknesses.”

The “much slower than anticipated” accrual might have been caused not solely by the exclusion of patients with diabetes, but additionally bias towards the trial among physicians, who might have been regarded as an alternative to immunotherapy trials for his or her patients.

However, the issue for NRG-LU001 was the “better-than-expected” performance of the control arm, the researchers noted.

They make the comparison with the PACIFIC trial, which confirmed that giving durvalumab (Imfinzi, AstraZeneca) after platinum-based doublet chemotherapy and concurrent radiotherapy was related to a doubling of progression-free survival over chemoradiation alone.

Nevertheless, Skinner and colleagues identified that the 1-year progression-free survival achieved in PACIFIC with durvalumab after chemoradiotherapy was, at 55.9%, lower than that seen in the control arm of NRG-LU001.

“The PFS in NRG-LU001 stays putting, notably as PACIFIC trial patients were randomized solely when development was not detected after concurrent chemoradiation,” the researchers wrote.

Skinner said in an interview that they anticipated the control arm of their study “to do far worse than it actually did.”

He continued that they didn’t comply with up chemoradiation with adjuvant immunotherapy, as can be the case these days, as a result of it was “not the usual once we began the trial,” and didn’t turn into so “till the very finish of accrual.”

Skinner warned that there are “many caveats” to evaluating two totally different trials, however, looking at the present outcomes alongside these from PACIFIC, he said that, “for me, it looks as if we have now been making progress within the supply of concurrent chemoradiation. I feel that good quality concurrent chemoradiation and enhancement in supply actually is likely one of the take-homes from this trial.”