After knee surgery, the pill has been linked to an increased risk of blood clots 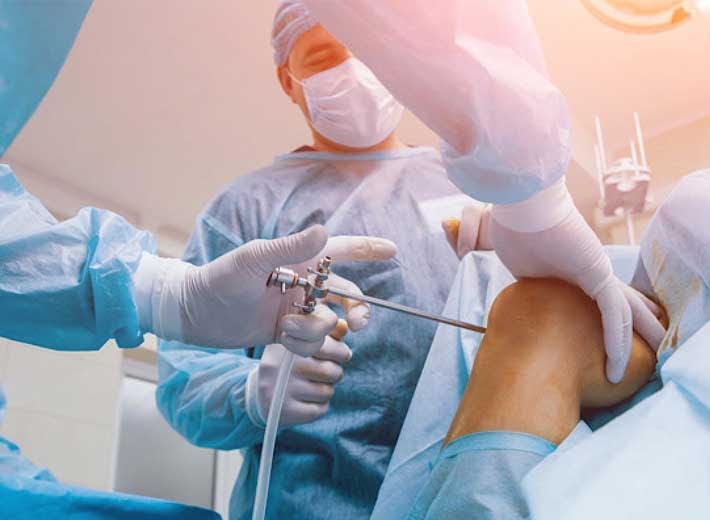 The use of birth control pills appeared to increase the risk of blood clots in women undergoing simple knee arthroscopy and anterior cruciate ligament (ACL) reconstruction, a new study indicated.

The risk of post-surgery venous thromboembolism (VTE) greater than doubled in this population (OR 2.1, P<0.001), and obesity and smoking increased the risk more (adjusted ORs 3.05 and 4.25, respectively, P<0.001), reported Harris Slone, MD, of The Medical University of South Carolina in Charleston, and colleagues in a poster presented at the American Academy of Orthopaedic Surgeons annual assembly.

The findings were previously published in the journal Arthroscopy earlier this year.

The researchers performed their study after observing several young, healthy women develop clots both after orthopedic surgery or between the time of an injury and the planned surgery, Slone informed MedPage Today. “We all know that the estrogen and progesterone in combination oral contraception pills increase the risk of clots,” he said. “And we all know that clots are problematic following orthopedic surgery, particularly surgery across the pelvis, hip, and knee. However, there was little research to date quantifying the risk of oral contraception plus orthopedic surgery.”

Miho J. Tanaka, MD, director of the Women’s Sports Medicine Program at Massachusetts General Hospital in Boston, told MedPage Today that several risk factors need to be taken into account, comparable to smoking, obesity, lack of mobility, and genetic predisposition. “All of those needs to be factored in, along with the sort and period of oral contraceptive pills, of their relationship to the development of VTE,” said Tanaka, who wasn’t involved within the study.

Slone and colleagues used a big healthcare database to trace 64,165 female patients ages 16 to 40 who underwent simple knee arthroscopy and ACL reconstruction from 2010 to 2015. They targeted post-surgery blood clots — both deep vein thrombosis (DVT) and/or pulmonary embolism — that occurred within 90 days of the procedures.

The risk of postoperative clots increased even more — beyond the cumulative impact — if patients had another risk factor in addition to the use of contraception pills.

“These findings suggest that patients on perioperative OCPs [oral contraceptive pills] who are undergoing these processes should be counseled regarding their increased risk of VTE,” the study authors famous of their poster. “Patients could benefit from either stopping their OCPs one month prior to surgery or take into account postoperative anticoagulation when perioperative OCP use and/or different threat elements are identified.”

Birth control pills appear to increase the chance of clots in the lower extremities following orthopedic procedures, but not the upper extremities, Austin Stone, MD, Ph.D., of the University of Kentucky in Louisville, told MedPage Today. His own 2019 study found no link between oral contraceptive use and VTE after arthroscopic shoulder surgery.

The reason for the distinction in risk between higher and lower extremity surgeries is not clear, and does not seem associated with the broader use of tourniquets in surgeries within the lower extremities, said Stone, who wasn’t concerned about this research.

The causes of the surplus risk with oral contraception are also unclear, he added, though it’s well-known that birth control pills may cause a hypercoagulable state. “This impact is generally negligible but turns into relevant in the setting of lower-extremity orthopedic surgery. Several further elements might be at play, as the study highlights, comparable to smoking and obesity in the setting of birth control use,” he stated.

Stone said that he would counsel patients to keep away from oral contraceptives before surgery if possible, since “the chance of DVT is significant.” Nonetheless, he added, “we have to determine who faces the highest risk and when is the optimum time to stop oral contraceptive pills.”

He recalled treating a young patient with no risk factors aside from oral contraceptive use who developed a postoperative DVT regardless of chemical prophylaxis after knee arthroscopy and partial meniscectomy. “Happily, she was OK, however, the results might be devastating,” he said.

Going forward, Tanaka stated, it will be useful to know which types of oral contraceptives pose the highest risk, since many vary in dosage and the types of hormones included.